Posted on January 27, 2013 by Podium Promotions Leave a comment 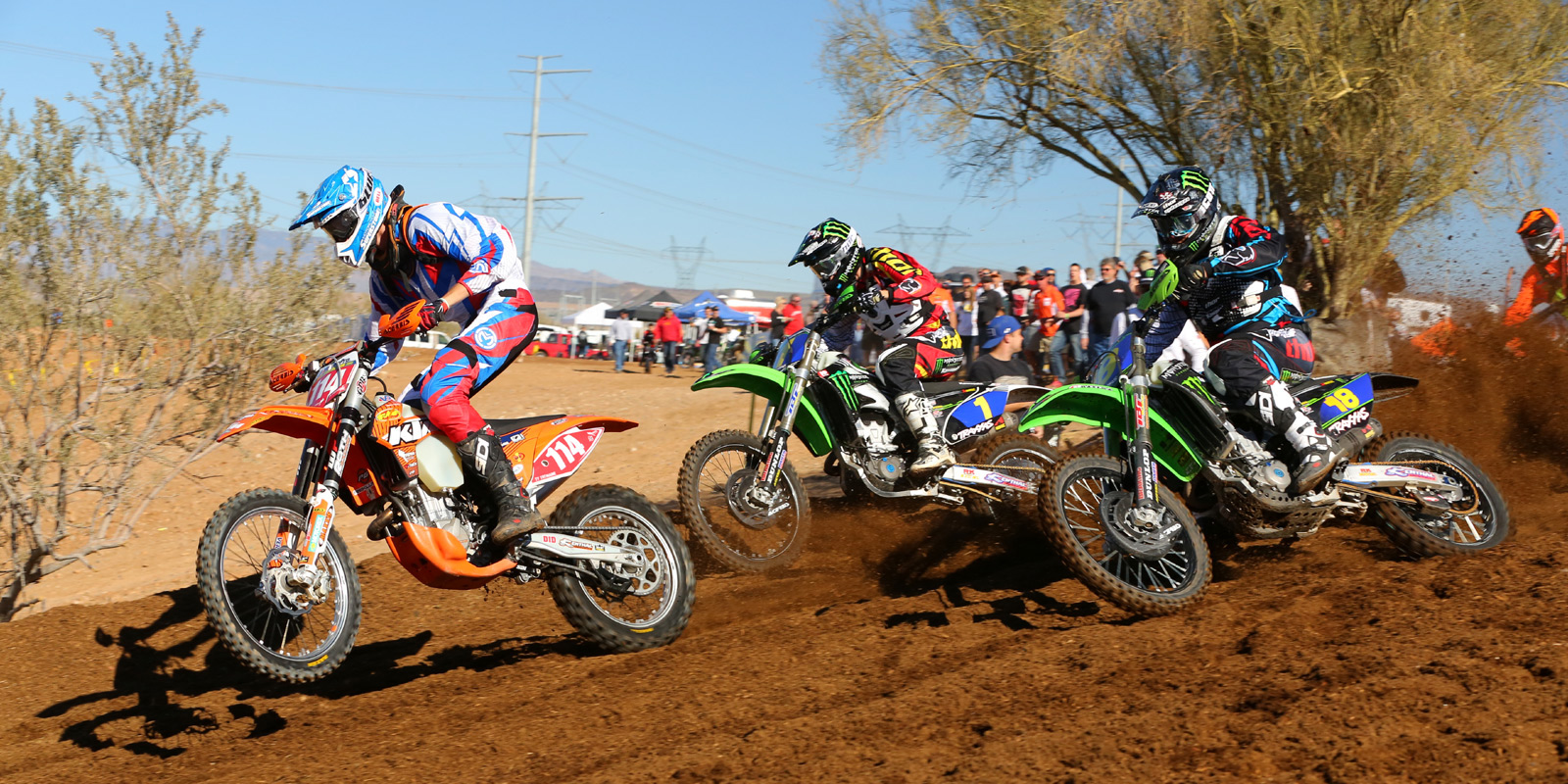 After near record low temperatures this past week, the weather turned around just in time for the 2013 WORCS season opener with clear skies and temps in the upper 70’s for the start of the Pro Main event. Unlike last year, the pro race is once again a single 2 hour long race instead of two separate one hour motos, which would endurance a key factor in taking the win.

For the first time since 2005, WORCS racing returned to Canyon MX in Arizona, so WORCS Promoter, Sean Reddish, brought in Pro veteran, #18 Destry Abbott, to help design the course, and it was a true off-road course with a little bit of everything to challenge best of racers from sand, rocks, mulch piles, motocross, and high speed sections.

“It is definitely a unique kind of WORCS race, Sean Reddish contacted me and asked if I would help design it. I didn’t design it all, but I definitely put my input in it and came out here a couple of days. I am excited the way it turned out,” said Abbott about the course design.

After the Pro parade lap, the Pro and Pro 2 class lined up on the same row for the 11:30AM dead engine start, and Pro 2’s #114 Ty Tremaine inside line would pay off as he grabbed the combined holeshot over Pro’s #18 Destry Abbott and #1 Taylor Robert.

Robert wouldn’t waste any time making the pass on both Tremaine and Abbott to take over the lead early in lap one, and the defending WORCS champion would never look back as would take the win with over a minute to spare despite having a few get offs during the race.

“I love the sand, especially when it is super whooped out and rough like it was today. I felt like I was struggling in the rocky sections, I tipped a few times and went over the bars once. Luckily I kept it together for the win, “said Robert after his win.

Precision Concept’s Robby Bell got off to a mid-pack start, but he quickly charged his way into the second spot by lap three. Bell would close the gap on Robert to nearly 30 seconds in the final laps of the race when Robert when over the bars, which left him with a bent front wheel. Bell gave it his best effort, but he wasn’t able to reel in Robert and finished in the second spot on the podium for a great start to the season.

DTS / Zip-Ty Racing’s Gary Sutherlin looked right at home on his new Yamaha ride for 2013 as secured the final spot on the podium to kick off the season.

“I rode a Kawi for a couple of years, and I had a great time. I wouldn’t be here without them, but with them stepping out of the off-road division, I went out and bought a YZ450,” said Sutherlin.

In the Pro 2 class, KTM’s #114 Ty Tremaine grabbed the holeshot, but his lead would be short lived with KTM’s #280 Eric Yorba charging his way into the lead by the fourth lap. Yorba would go on to claim the class win with over two minutes to spare on Kawasaki mounted #214 David Broderick with Tremaine claiming the final spot on the podium.