Posted on September 16, 2012 by Podium Promotions Leave a comment 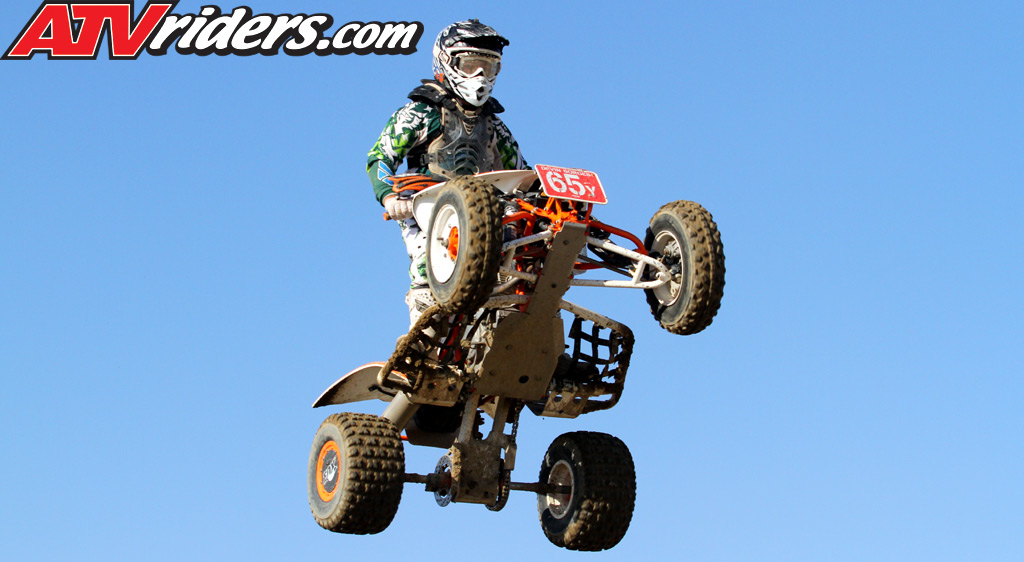 Taft, CA – There was several championships on the line at the 2012 WORCS series finale at Honolulu Hills MX in Taft, California, which made for some exciting racing action to conclude the race season.

Duncan Racing’s #45 Garrin Fuller secured the Production A, Open A, and Pro-Am Championships with the Production A and Pro-Am classes coming down to the final round of the season, and Fuller rose to the occasion by securing the Production A class win with Collins Webster finishing in the sixth spot, which allowed Fuller to take over the points lead by a slim margin of just five points.

Motoworks’ #1r Collins Webster grabbed the Pro-Am Class Holeshot and held the lead to the checkered flag to finish out the 2012 WORCS season with back to back wins in the Pro-Am Class, and Webster missed out on a repeat championship by just six points behind Fuller who finished in the second spot behind Webster at Honolulu Hills to clinch the top spot.

LSR Racing’s #76 Ryan Waldo finished on the Pro-Am Podium for the second straight race for a strong finish to the 2012 season, which boosted Waldo to the sixth spot in the points race.

Eliminator Racing’s #101 Donna Espensen secured her first ever WORCS Women’s A class championship after chasing after it for several years, and she also finished an impressive second place in the Sport 15-29 A class behind DAT’s Raycen Snow.

#303 Adrian Cash secured the 30+ B class championship over #120 Jose Navarro, and Cash finished in the third spot after a points tie with Ty Sanders in the Production B Class with Cody Haynes taking the championship.

Taft’s Hometown hero, #30P Zachary Furman, secured the 50 4-6yrs Class Championship on his DRR ATV by finishing out the entire season in the top three each and every round with three class wins.

#224Y Kyler Thau was a dominate force among the youth ranks as he went undefeated in the Sport 8-15 class championship, and also wrapped up the 70 Open and 70 Production class championships as well, and he finished out the 2012 WORCS season pulling the hat-trick with wins in all three classes.

A huge crowd of WORCS Amateur racers attended the Awards Banquet hosted just a few miles from the race track, which concluded the 2012 WORCS season.