Posted on August 5, 2012 by Podium Promotions Leave a comment 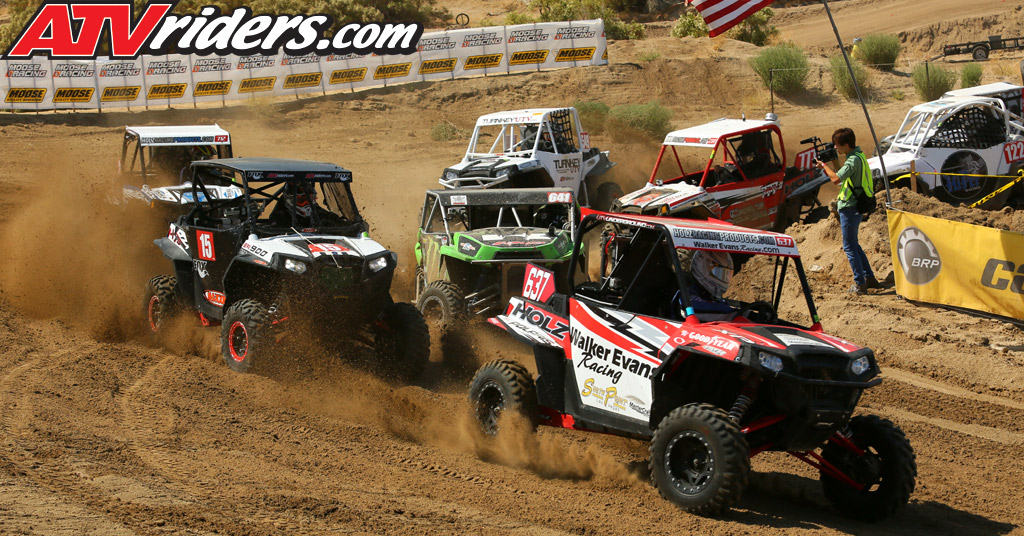 Anza, CA – WORCS SxS Racing resumed from Summer break at Cahuilla Creek MX for Round 7 of the 2012 season, and once again a large turnout of SxS racers showed up to compete for the early morning race on Saturday after a schedule change was made to accommodate a few racers that would be pulling double duty on Saturday and racing at the LOORRS series that evening.

Also, WORCS promoter, Sean Reddish, announced that due to the growing number of SxS racers and the level of talent that a SxS 1000 Pro Class will be added for 2013, which will help break up this large class that routinely receives over 30 entries per race.

After a rough start at Round 6 that ended his race early, Walker Evans Racing’s #637 RJ Anderson rebounded at Cahuilla Creek MX with the Holeshot, and he held the lead from start to finish to secure his fourth win of the season, which has him tied for the points lead with Ryan Piplic heading into the final round of racing.

FOX’s #15 Ryan Piplic came off the line in the second spot behind Anderson, which is where he stayed for the remainder of the race, but Piplic was feeling the pressure toward the end of the race with Sparks Racing’s #549 Beau Baron finishing right behind Piplic at the finish line.

Cognito Motorsport’s #918 Justin Lambert put in his best race of the season as he secured the class win in his Kawasaki Teryx, which moved Lambert up to 6th place in points. #999 Ken Benson finished in the second spot, and SxS Production 850 points leader, #2 David Lytle, rounded out the top three.

In the SxS Production 700 class, Polaris’ #816 Cody Rahders secured his third win of the season by holding off #3 Kayla Smith. The competition remains tight in the 700 class with only 13 points separating the top four racers heading into the season finale with Rahders leading the charge with 137 points.