Posted on June 24, 2012 by Podium Promotions Leave a comment 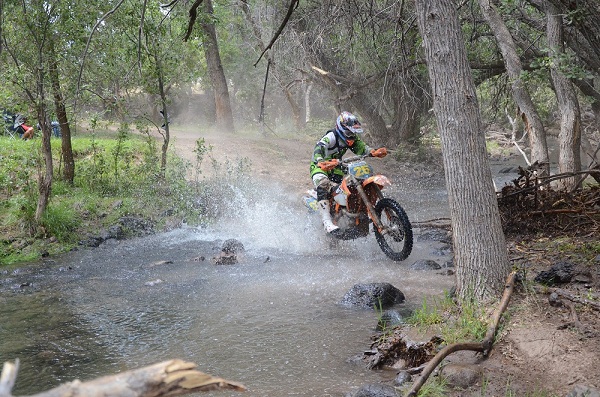 Monster Energy Kawasaki’s Taylor Robert continues to be the rider to beat in the 2012 WORCS Series. Robert went out in Saturday’s race #1 and led almost from start to finish, taking the win by more than a full minute over Robby Bell in second and RMP/KTM/FMF/Maxxis rider Josh Strang in third. Then in Race #2 on Sunday, Robert came from last place to finish second and take the overall for the weekend.

“I crashed a few times and went swimming twice,” said Robert of the many stream crossings. “But it was a good weekend. I really like these pure off-road tracks like this and I was able to extend my points lead for the championship. That’s my main focus this year, to win the WORCS Championship.”

Josh Strang stepped up and surprised everyone with a stellar performance. After taking third in race #1, Strang battled his way into the lead in race #2 and then pulled away for the win. His 3-1 score for the weekend placed him in second overall, his best finish this season for the former GNCC Champion.

Gary Sutherlin may have had the most fun of all the Pro’s, he was in a race-long dogfight with Strang on Saturday and then led for most of the first hour of Sunday’s race before battling with Strang and then Robert. His 4-3 finish was good enough for third overall.