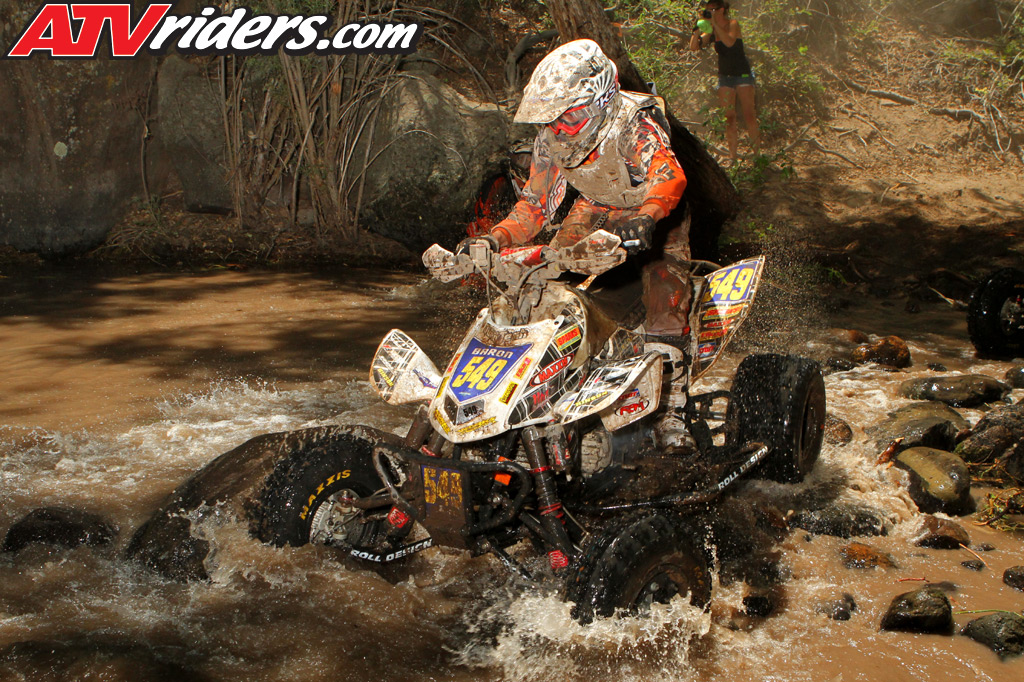 Enterprise, UT – The highly anticipated Round 6 of the WORCS Racing Series was held at On The Edge Raceway in southeast Utah. This all new race location was just recently added to the schedule, and it proved to be one of the toughest race tracks of the season with its six river crossings that challenged the best of the pro racers.

With the early announcement that this would be a tighter and technical course, it attracted the attention of several GNCC Racers from back east including, Jarrod McClure, Brian Wolf, and Pat McGuire who made the long trip out west to Utah, and the track proved to be a perfect match for them with FRE / JG Offroad / Honda’s Brian Wolf claiming the Pro win, and Greg Cycle’s Pat McGuire winning the Pro-Am Class. H&M Motorsport’s Beau Baron claimed the second spot on the Podium and Utah’s own LMR’s Robbie Mitchell earned a season first Podium finish.

Honda’s #341 Brian Wolf grabbed the ATVriders.com Holeshot Award, but he was quickly passed on the motocross track by Maxxis’ #422 David Haagsma who lead till the charge until the first water crossing with Wolf regaining the lead.

Brian Wolf would never relinquish the lead again as he quickly pulled away from the field recording the fastest laptime of the race in lap three with a time of 7:39.082, and by the checkered flag, Wolf secured the win with nearly three minute margin of victory for the first time WORCS racers.

Sparks Racing’s #549 Beau Baron got off to a third place start, which he held for nearly the entire race until the final laps when he was able to reel in LMR’s #8 Robbie Mitchell and make the pass to take over the second spot, which he held to the checkered flag to extend his points lead over #2 Josh Frederick to 13 points.

EXIT’s #8 Robbie Mitchell was the big surprise of the weekend as he charged his way in the second spot early on in the race, and he held the position till the second to last lap with Baron making the pass. Mitchell held the third spot to the finish to secure his first podium finish of the year, which boosted Mitchell into the top five in points past Yamaha’s #417 Josh Row.

DWT’s #2 Josh Frederick had his fair share of issues in Utah, but he was still able to secure a fourth place finish by holding off National Guard’s #7 Jarrod McClure in a last lap battle that came down to the wire with McClure finishing right behind Frederick.

Check out http://www.atvriders.com for all your ATV & SxS Racing News.