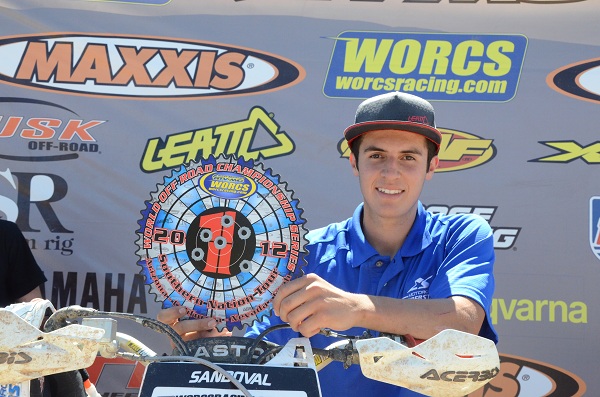 Ryan Sandoval took over the Pro 2 Lites points lead by winning round five at Speedworld in Arizona. Sandoval has been on the Pro 2 Lites podium every round so far this season with a 3-3-3-2-1 record in the first five races. At round five Sandoval made his way forward early and set a consistent pace to take his first win of 2012 with a 9:48 fastest lap on his third go-round of the WORCS course.

Steve Gibson took second for his best finish of the season so far. And Jesse Gore’s third place finish marked another season’s best for that rider.

With five rounds still to go Sandoval is leading the Pro 2 Lites title chase with 107/1 win. Just ahead of Brandon Leith with 97/3 wins; Kelly sits third with 71 just a tick ahead of Eric Yorba with 70.