Posted on April 15, 2012 by Podium Promotions Leave a comment 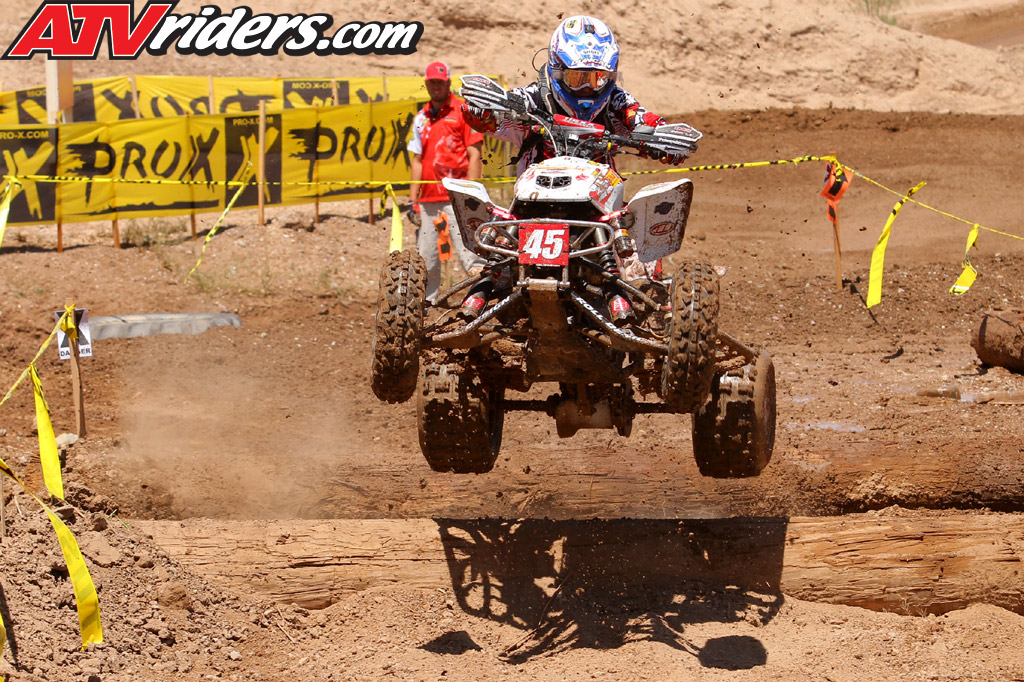 Surprise, AZ – In the Pro-Am Class, Garrin Fuller scored his third straight win at WORCS Round 4, and he was joined on the Podium by 2nd place finisher, Collins Webster and Mike Sloan in the third spot.

Duncan Racing’s #45 Garrin Fuller grabbed the Casey Johnson’s Memorial Holeshot Award and never looked back as he checked out on the competition. Fuller ran a near flawless race that allowed him to also catch and pass several of the Pro racers on his way to his third straight win of the season, which has boosted Fuller into the 3rd spot in points at the season mid-way point.

DWT’s Collins Webster made his best effort to catch Fuller in the lead, but in the end, he secured the second spot on the podium for another consistent  finish for the Can-AM DS450 racers who is the current points leader. Collins did come out on top in the Production A Class race on Saturday.

Duncan Racing’s #53 Mike Sloan has come on strong the past two rounds as he secured his second straight Podium finish by edging out D.J. Noerr for the final spot on the podium, which has boosted Sloan into the 4th spot in the points race.

Former Pro ATV Racer, #680 Nic Granlund secured the win in the 40+ A Class on Sunday , but he also finished on top in his Polaris RZR 800 in the SxS Production 850 Class on Saturday to wrap-up a great weekend for this veteran racer.

Be sure to check out http://www.ATVriders.com for all your ATV & SxS racing news.