Posted on March 25, 2012 by Podium Promotions Leave a comment 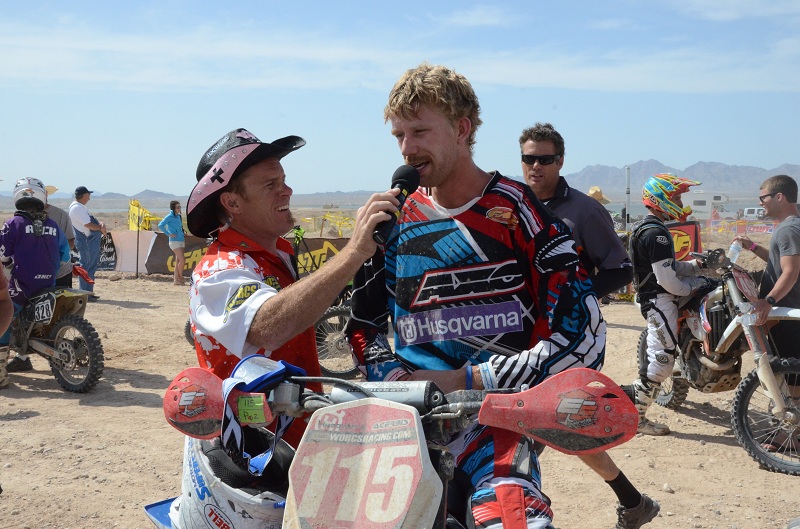 story and photos by

Corey Graffunder put Husky on the top of the Pro 2 podium for the first time this season with a come from behind ride to take the win. Graffunder had to battle his way past defending Pro 2 Champion Justin Seeds and point’s leader Ivan Ramirez to earn the win.”I’m happy to put the Husy on the top of the podium again,” said Graffunder. “Havasu is one of my favorite races in the WORCS Series, and I’m working hard to win more races this season and hopefully the WORCs Championship.”

Ramirez finished second and holds onto the class point’s lead. Taking third was Ian Blythe who was thrilled to get on the podium as he has been fourth several times this season. Fourth place fell to Alex Dorsey with Seeds taking fifth. Dirt Rider magazine’s Chris Green finished in sixth with Travis Coy seventh Cooper Hall eighth and Tallon Taylor ninth.