Posted on March 18, 2012 by Podium Promotions Leave a comment 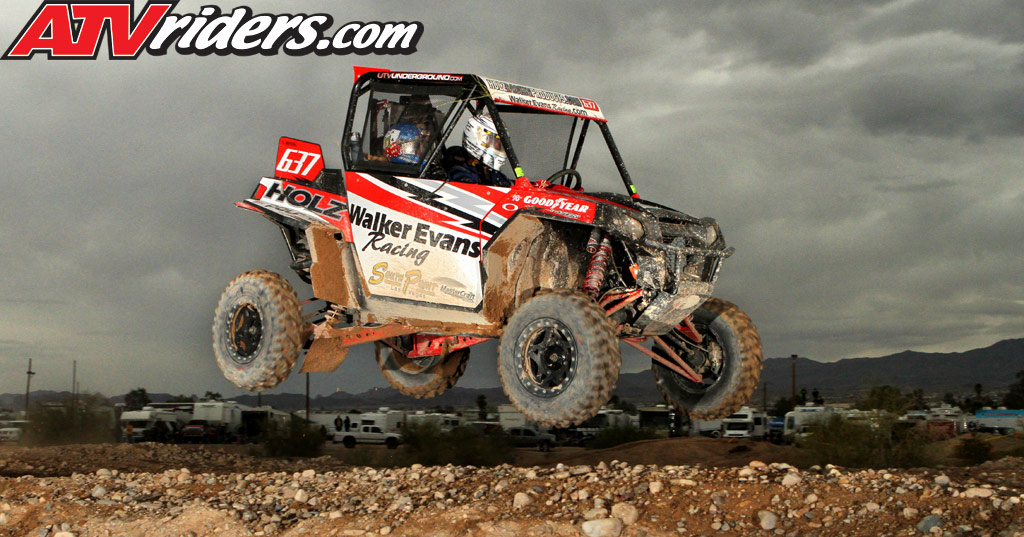 Lake Havasu, AZ – After a record setting Side by Side turn out at Round 2, the WORCS Series decided to host an UTV Expo at Round 3, which attracted many of the leading UTV aftermarket companies out to Lake Havasu to show off their products. Among the vendors showing up for the event were FOX Racing, Dragon Fire Racing, Pro Armor, ITP, Long Travel Industries, and more.

Also for the first time, the SxS races were split up into two starting times to help reduces the total traffic on the course to prevent bottlenecks and scoring issues, and the new race format was well received by the racers. At 3:30PM, the SxS 1000 Production was the first class to start, and it was Round 2 winner, Kawasaki’s Robert Vanbeekum grabbing the Holeshot and early lead, but his lead would end early with a mechanical issue.

Walker Evan Racing’s #637 RJ Anderson quickly took over the lead and remained untouchable as he ran away from the pack to secure the win with nearly a minute to spare, which boosted Anderson into the SXS Production 1000 Class points lead with 59 pts.

Huddleston’s #842 DJ Noerr grabbed the holeshot in the second starting row, and he was able to charge his way to a third place finish with his Polaris RZR XP 900

The next round of WORCS SxS racing will take place on April 14th at SpeedWorld MX in Surprise, Arizona , so be sure to come out and check out the racing action.

Be sure to check out http://www.atvriders.com for all your SxS / UTV Racing News & Reviews