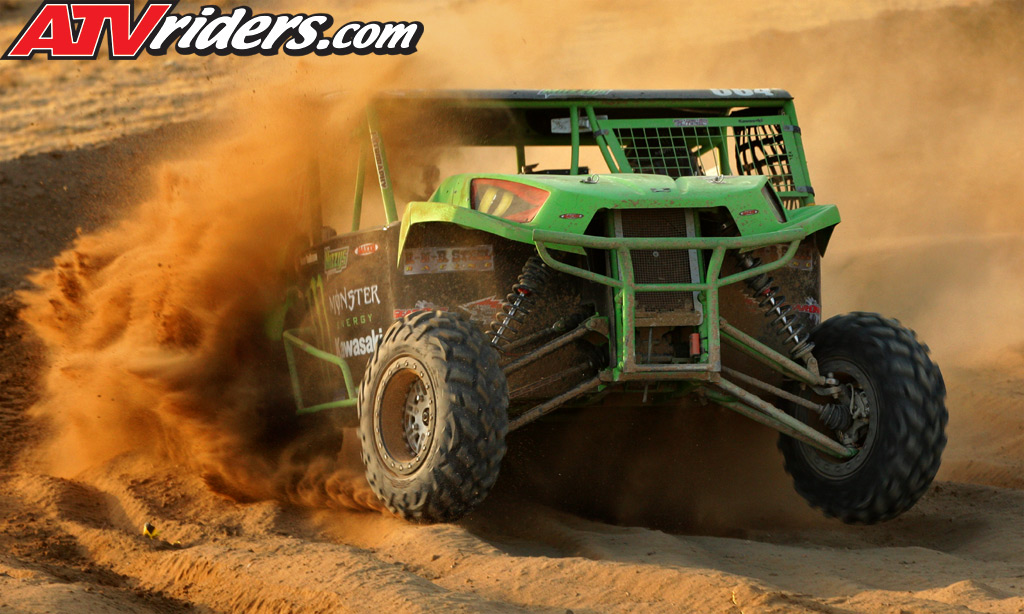 Primm, NV – Round 2 of the WORCS Racing Series in Primm, Nevada at the Buffalo Bill’s Casino had a record turnout of Side by Side entries with 70 cars on the starting line and 38 in the SxS Production 1000 class alone, which were split up over four rows to reduce chaos going into the first turn.

Unfortunately, the transponder scoring system suffered a rare unrecoverable failure during the race, which made it nearly impossible to accurately score the exact finishing orders with time adjustments, so the manual backup scoring was utilized along with video footage to determine the finishing order and laps completed.

After careful review, it was determined that Kawasaki’s #664 Robert Vanbeekum secured the SxS Production 1000 class win in his modified Teryx with adjusted time as Vanbeekum started on the fourth row.

WORCS course master, #1117 Ryan Piplic, held the physical lead for the majority of the race and took the checkered flag with his Polaris RZR XP 900, but just missed out on the time adjusted overall lead and was awarded the second spot ahead of Phillip Martin.

Next up on the 2012 WORCS SxS Racing schedule is the Crazy Horse GP in Lake Havasu, Arizona over Spring Break on March 17th, which is historically the most popular event of the year for SxS racers, so this is one event you will not want to miss.