Posted on February 12, 2012 by Podium Promotions Leave a comment 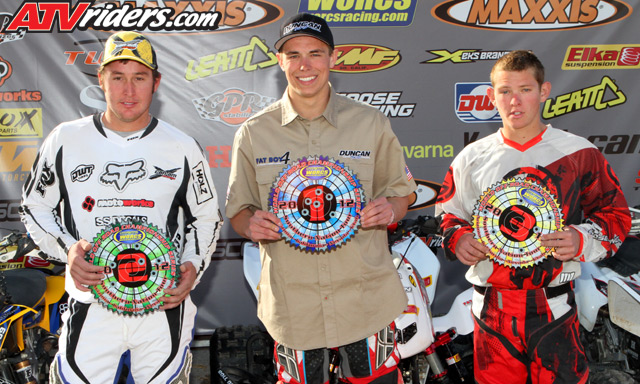 It was a great weekend for KTM, with Brown taking the Pro win and Ivan Ramirez taking the Pro 2 win on his FMF/RPM/KTM Racing/Maxxis mount. Ramirez was the class of the Pro 2 field cutting an 18:18 lap time which was as fast and some of the Pro class riders and more than 20 seconds faster than the rest of the Pro 2 class field. Ramirez finished more than 3 seconds ahead of second place and now leads the Pro 2 points chase with 47/1win after two rounds.

FMF/RPM/KTM/Maxxis Racing’s Travis Coy scored his best finish this year with a well-earned third place. Coy gated decently and rode a smart race, taking his time and working his way forward to take the final slot on the podium.

After two rounds Ramirez leads the title chase in Pro 2 with 47/1 win with Graffunder second with 42 and Coy third with 36 and defending Pro 2 Champion Justin Seeds sitting fourth with 33 points.