Posted on February 7, 2012 by Podium Promotions Leave a comment 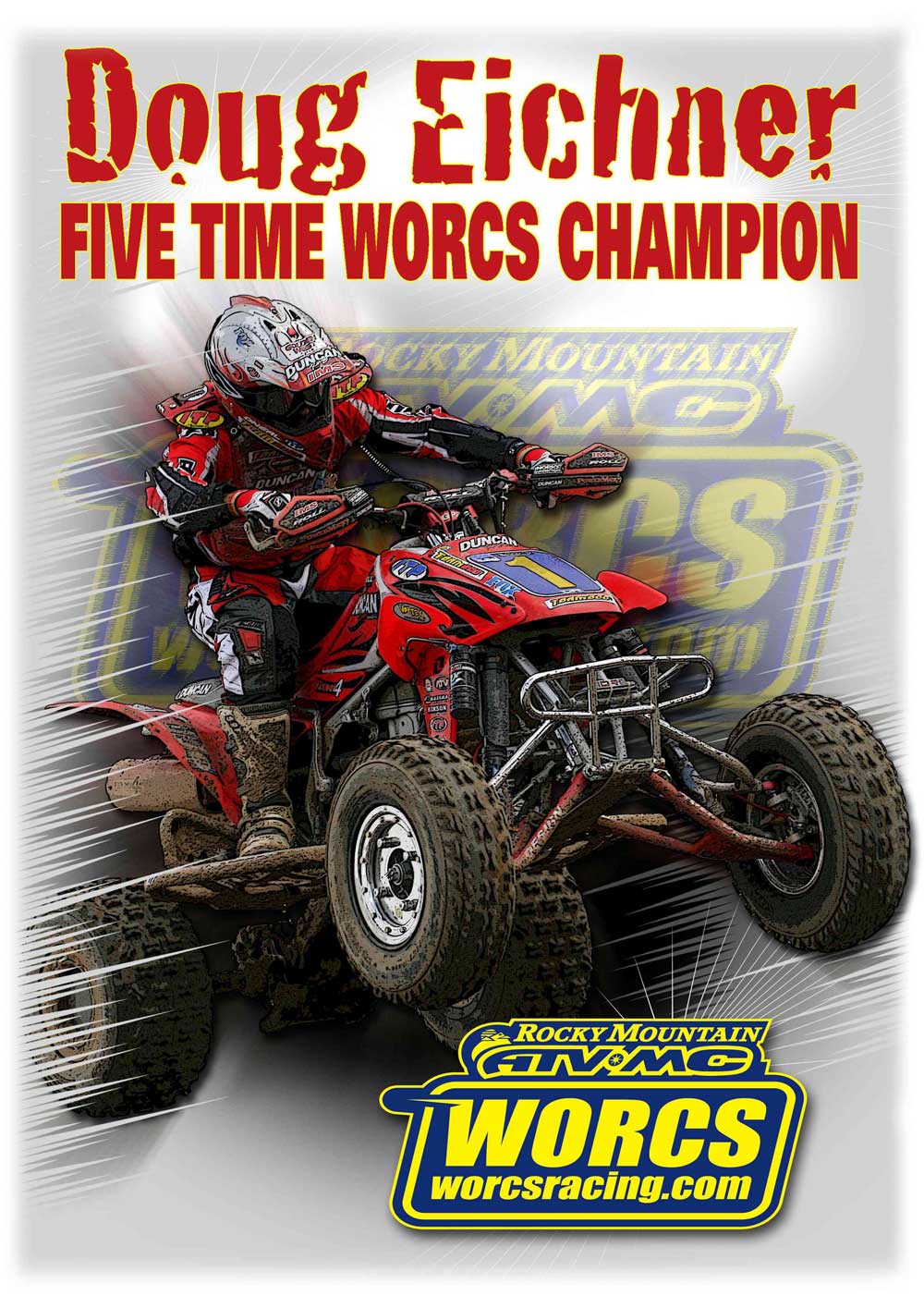 Washington, UT: 2/7/12: The term WORCS family is a very important two words. It is that family that makes working and playing at our events so much fun. Memories are made that will last a lifetime. One of our family members needs some support. That member is the Eichner family. Doug Eichner was probably the single most influential ATV racer in the western half of the US and many parts of the world. His racing adventures have earned his recognition around the world. Now we need to help the “Champ”.

Over the past few years, Doug’s wife Joan Eichner has battled cancer. Doug has continued to work as much as possible while raising their young son. Joan’s battle has been very difficult and the financial strain has made it even more difficult for the family. The Primm, Nv round will be a perfect time for all WORCS racers to come and stand behind one of the greatest of all time.

A special Doug Eichner shirt will be available this weekend for purchase. The cost is $40 and 100% of that will go to the Eichner family. Donations will also be taken in a fill the boot campaign where any support level will be awesome.

One time I asked Doug his secret for riding in the dust when he could not see a thing. He said “You have to pick a number. That number is the amount of seconds you would be willing to ride blind in the dust before you let off.”  I said mine was about 4. Doug said, “Well mine is 12.” I almost fell over hearing this but it was evidently true based off his performances. Doug then said, “You just have to pick a number in life and go for it. Each of ours will be different at times. In this case mine happens to be bigger.”- Doug Eichner

That is and was Doug Eichner to a “T”. I think Joan must have adopted this system for her cancer fight as an example for her son and others. I hope the WORCS FAMILY will join in and support one of the greatest ever to throw his leg over an ATV.