Robert Takes Race #1 of WORCS Round One 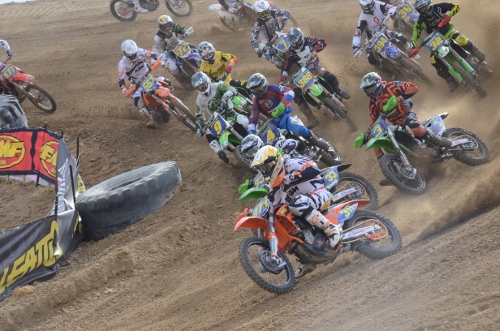 Mike Brown took the holeshot and tried to leave the field behind. As Brown started to lay down hot lap after lap he discovered he had a tail in the form of Taylor Robert. Robert who gated second off the line kept pushing and made his way next to the KTM rider as the two climbed Mt St Helen side by side. As the duo came off the top Robert confirmed the pass and immediately started to build a gap.

Meanwhile, another epic battle was raging for third place between the Kawasaki’s of Justin Soule (3) and Bobby Garrison along with Yamaha mounted Kyle Summers. Each would hold the third spot for a lap or so and then get displaced in a menacing freight train of roost.

Robert continued to pull away up front and though Brown tried to make a charge he could not close the gap on the fleeing Kawasaki of Robert. As the checkered flag came out Robert took the win in the season opening race with Brown a strong second. Soule won the battle for third for the best season opener of his career.