Posted on January 23, 2011 by Podium Promotions Leave a comment 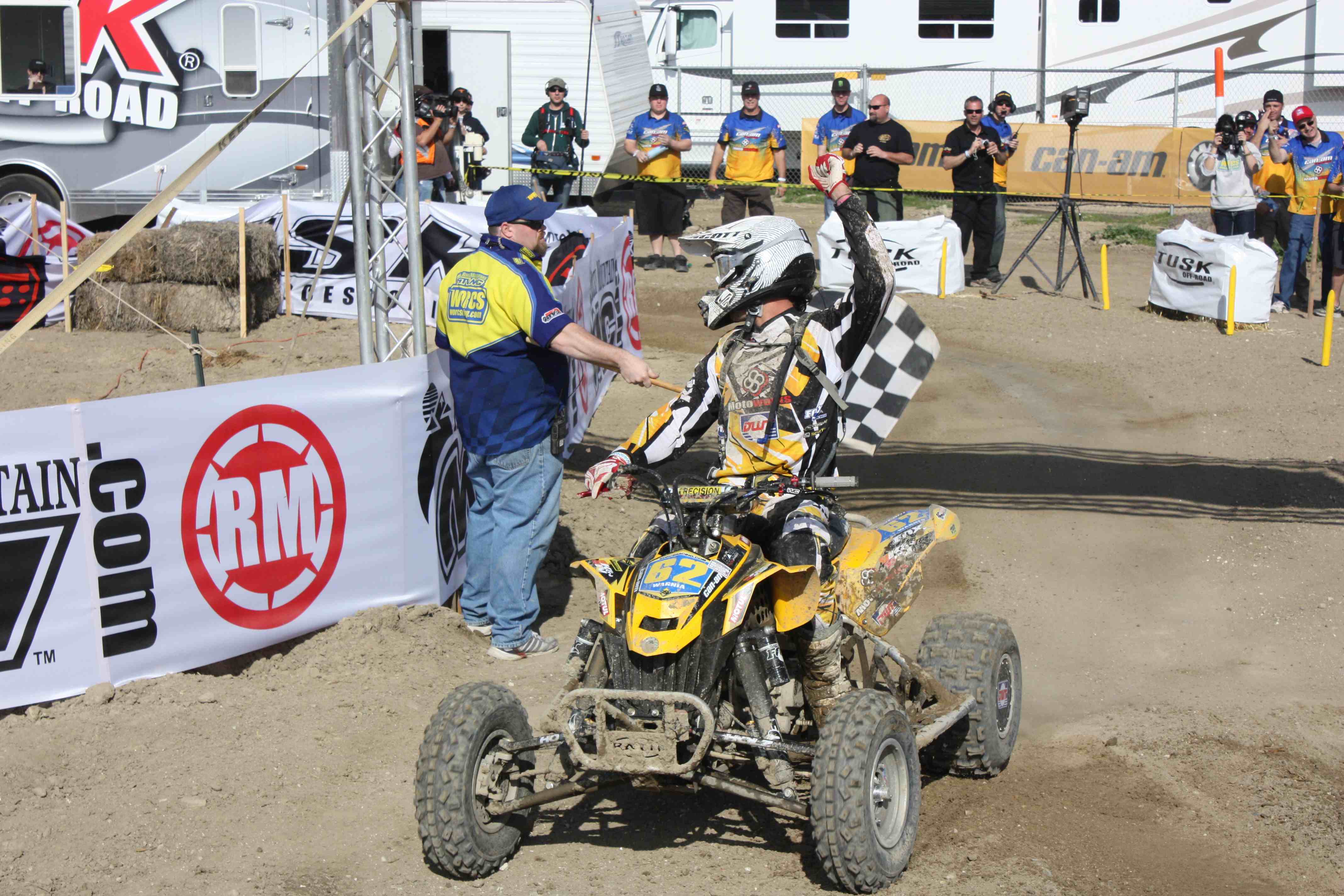 The off season proved to be convulsive for many of the sport’s top factory riders. No one was hit harder than AMA ATV MX National Champion Josh Creamer, who brought the 2010 National Championship to Suzuki only to be told they were dropping out of ATV racing, leaving Josh with no ride and dim hopes of defending his #1 plate. However, Creamer rebounded, hooked up with Bomb Squad Racing and traveled west to take on the fast and fit riders of the World Off Road Championship Series (WORCS). The WORCS Series already had Champions of its own and those top rider were ready to pay close attention to Creamer, but were not really worried about him knocking them off the podium.

Defending 2010 WORCS Champion Josh Frederick returned with the #1 plate gracing the front of his factory Can-Am. Frederick is the only 3-time WORCS Champion and has his sights set on his fourth title in 2011. He is joined under the CA semi by teammates Jeremie Warnia and Dillon Zimmerman.

Last season, Frederick barely edged out 2009 WORCS Champion Beau Barron. Honda-mounted Barron is a tenacious competitor and always a factor and hopes to regain the title he lost last year. The Yamaha team came ready to run up front with Dustin Nelson and last year’s #3 rider Josh Row added to the squad.

This is just a sampling of the all-star talent on the WORCS starting line that Creamer will have to learn to contend with if he hopes to make an impact in WORCS racing in 2011.

When the gate dropped on the season opener, Creamer grabbed the holeshot and dashed out to the early lead. He hoped to gap the field and hold the lead from gate to flag, but there was that nasty pack of WORCS veterans on his rear wheels. Warnia, who happened to be the fastest qualifier, flew past Creamer to take over the lead before the first lap was ½-over. Next, Nelson moved into second, dropping Creamer to third.

The battle was on for the next 1 ½ hours (under the new WORCS Pro format) as Warnia rode a nearly flawless race to take WORCS round 1 and fire the first shot for the 2011 title. “My Can-Am worked very good,” said the likeable Frenchman after the race. “The track was very much fun, I win and am very happy.”

Nelson took the second spot in a hard-fought battle to try to catch Warnia. “I came around the first turn third behind Shafe and Creamer. Then when we got to the off road I went a little bit wide and Frenchie (Warnia) got to the inside of me. He and Creamer were on it the first lap and pulled a little bit of a lead. I rode my pace and kept charging and I got by Creamer and I went after Frenchie, but he was on it. There was nothing I could do to close up on him. I rode some really good laps and I couldn’t real him back in. Then I created some major drama for myself when I caught the inside banner in a turn and lost my 10 second lead on Frederick by the time I pulled the banner off. You never want Josh Frederick on your ass at the end of a long race. I put the hammer down and stayed ahead of him and got second. This is as good or better as I’ve ever started any season. I’m stoked to get the season started.”

Defending WORCs Champion Josh Frederick completed the podium, having dropped Creamer to fourth early in the race. “I didn’t get a very good start,” said Frederick. “But I moved up to fourth and then third pretty quick. I charged hard but couldn’t make it happen to move up another spot. I got right up behind Nelson but ran out of time. I feel pretty good about getting third to start the season. I’ll make some changes to the way I race with this shorter format.

Creamer was happy with fourth place in his first WORCS race. “I had a lot of fun,” said Creamer. “I got the holeshot and everything was working. I put a little too much pressure on myself and got pumped up. I could barely push the throttle and let to let all these fast guys go by. I just kept breathing to get the arm pump out. I charged after the pit, but I’d lost too much time and could close up on those guys. We’ve only had a week on the bike so overall things went pretty well.”

Fifth place fell to Zimmerman with Row sixth, Barron received the Rocky Mountain “Hard-Charger” award for coming from last place early in the race to seventh at the flag. David Haagsma finished eighth with Jarrod McClure ninth and Johnny Shafe rounding out the top ten.