Posted on January 1, 2011 by Podium Promotions Leave a comment 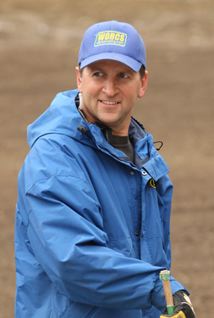 I recently had a chance to talk to Sean about the upcoming changes in the WORCS ATV program.  Below is our conversation on everything WORCS and abroad.

John Haines:  “Good Afternoon Sean, we are just under a month away from kicking off the 2011 WORCS series, tell us your thoughts on next year.

Sean:     “We are super stoked about it.  We have a lot of new promotions.  We sent out a large WORCS rider survey, and those results told us a lot about what the riders might want, some of the things we thought they would want they didn’t.  The results really targeted the audience.  So the end result you’ll see at the track for both the ATV and bike programs.  There is a little different pricing structure at the gate, pre entry pricing has been adjusted, and of course, the Rocky Mountain ATV/MC gift card program.  We have a lot of other stuff we are working on now that will be announced at a later date.  All in all, a lot of exciting things came out of the results of the survey, and its going to be a great year.”

Sean:  Yes, that’s correct, those are no strings attached gift cards, so you can use them individually, or you can save them up and use all at once.  Rocky Mountain now sells all the OEM brands, so if you need OEM parts for your ATV.  You can buy them from Rocky Mountain and use your gift cards.  The coolest thing about that is you get to race, and your getting paid back for it.

JH:  That is really cool, Sean another new thing recently announced is the WARRP program, which is short for the WORCS Amateur Rider Re-investment Program.  There are a whole lot of things related to that which can be found on our website.  Sponsors who have signed up so far are Rocky Mountain ATV/MC, KTM, Can Am, Polaris, Honda, Kawasaki, Digital Dirt Magazine, and AP Racing brake pads for $12 a set (at the track), another great program where we are giving back to the rider.  And that starts in Taft as well.

Sean: Yes we are starting with the ATV’s first in Taft this year.  We haven’t been there in a few years.  That use to be the location we ended the series with, and some epic battles decided the championship there. So we are excited to go back.

JH:  Speaking of tracks, we have flipped the schedule a little bit, we are starting in Taft, Ca, ending in Phoenix, AZ, and we have a new venue this year Clays Peak, Id, and of course we are going back to Washougal, WA.  What are your thoughts on those venues?

Sean:  You know, everybody knows Washougal, and there is no better background for pictures than Washougal, especially if you get some of the snow capped mountains in view.  It adds character.  The World Off Road Championship Series is not about 1 discipline of racing, it’s about 4 different disciplines coming together to decide who the greatest off road racer is.  It’s been proven over the years that a rider that can win a WORCS national championship, can win just about anywhere, and put their stamp down.

JH:  Sean, living here in the pacific NW, I know a lot of the riders up here are really excited not only to have Washougal back, but also Clays Peak, ID as a 2nd round for them.  So on behalf of all the NW riders, we say thank you very much for a 2nd round up here.

Sean:  That is true.  It is sort of a local round since it does border Washington.  The reason we didn’t go to Clays Peak before, is because the property changed hands and that just stopped us from going, now the property is back in the county’s hands, and the city and county have open arms about us coming there.  Payette County does a lot of work for us, and we cannot be more appreciative of their involvement.  That’s what brings us back, and that is a benefit for all the NW riders that follow the national championship.

JH:  There has been a lot of talk about the new format change for the 2011 season, we want to clarify that, specifically the two one hour formats, is that relative to the bikes only, or is that for bikes and ATV’s?

Sean:  Ok, great question.  Let’s be real clear on this.  The only change in the ATV program, is they are going back to the original 90 minute format.  According to the rule book, the minimum time length of each pro event is 90 minutes.  For the last couple of years, we have been running a 2 hour format.  With the change, we think it will tighten up the racing a bit, and make the ATV pro event more exciting.  We will also have a drop on the ATV side.

JH:  Sean, after hearing all this, all I can think about is how many last lap opportunities presented themselves last year (2010).  Those opportunities affected the championship points thru-out the year.  That will be exciting to watch.

Sean:  I think it will be exciting to watch, you know, results from the survey told us the ATV’s did not want to run two separate races.  If you don’t do ATV racing, you don’t understand how expensive it is to race an ATV compared to a motorcycle.  The budget’s aren’t there, the factory teams are not necessarily as involved,   over all, there is just less support for the ATV’s.  Again the results told us that, so we are honoring their wishes in that regard by changing the format a little bit, close up the gap, and the end result will be some extremely good racing on the west coast.  You know the current AMA ATV MX national champion (Josh Creamer) is coming out to race WORCS for 2011.  He has his deal done already, and that will be a nice addition to the ATV pro championship.

JH:  Sean, a lot of people might not know that the World ATV MX  race this year is going to be a huge 1 race event at Lake Havasu this year is that right?

Sean:   Yes, it is going to be 1 day of ATV MX on Sat, 1 day of bikes on Sun beginning on March 12th.  It is going to be an old school GP style race.  So you will go down to the river, you will use about 1/3 of the WORCS track there, its going to be fast, it’s not going to be about airing it out, as much as it will be about great times on the beach of Lake Havasu.

Let’s talk about the payout system for the pro riders.  It is really skewed toward the working riders.  The top places do not pay as much as they used to, now we are paying bonuses to the pro privateer, you know the rider who works all week, and comes out and races a WORCS event.  He/she is going to get paid more than the factory riders.  It pays down a long ways from the $3000.00 minimum pro payout.

JH:  Your right Sean, the working man/woman has a great shot at really getting paid to race.  When you factor in the Rocky Mountain $20 gift card, the WARPP program we earlier announced, the manufacturer contingencies, Maxxis Tires giving contingencies at the track.  And many more contingencies to be announced, this really is the premier series to be a part of.  Sean, final thoughts before we kickstart the series in 2 weeks?

Sean:  We, the Worcs family, are really excited about the changes coming up.  Racing needs to be accessible to everyone, and I believe we have made it that way.  Come to an event, have fun, watch a couple of pro races, sign up for an event, and come back racing.

JH:  There you have it.  A few minutes with Sean of Off Road Sports talking about the 2011 series which kickstarts in Taft, Ca. Jan 21st.  For more information go to http://www.worcsracing.com or http://www.worldmxracing.com
John Haines